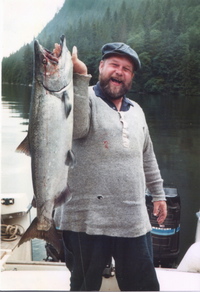 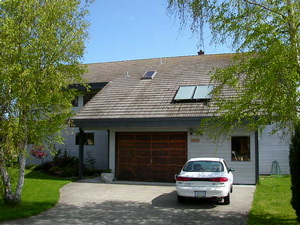 My parents first bought property in Deep Bay British Columbia over twenty years ago. Originally it was co-owned with Mr. Ted Padmore. There was a trailer and later a cabin on the property and it was used as a land base for summer fishing expiditions. Eventually my dad left the Vancouver rat race for health reasons and built a large, one of a kind, self designed house on the property. We later had to add a seawall to keep the property from being washed away.

Eventually we had to move to Duncan BC where my dad got a fulltime job as a lumber trader. This lead to many years of renting out the Deep Bay house. The house was never finished, but contains a lot of cedar which my dad probably got at a discount and even got some of it custom milled. There are also some custom braces made by my pop likely out of steel from the Harmac Mill in Nanaimo. 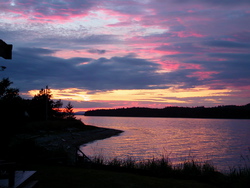 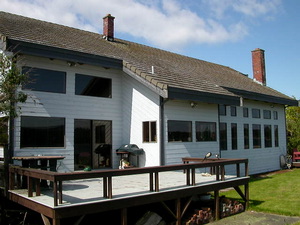 Our first tennants were great, but we eventually ended up with horrible tennants and had to go through a protracted legal struggle to get them out. The years of being rented out showed on the house, pretty much all the wood panel walls and window sills and doors and what not have various gashes, dents and stains.

My mom eventually moved back into the house full time when she got a job at St. Joseph's hospital in Comox BC. She has gradually been finishing the house. It has been repainted inside and out several times. My cousin Dave constructed two new decks. Landscaping was done but that is still ongoing. The house still needs work to be completely finished and to repair all the damage done by various tennants.

My cousins, our dog and cat playing on a Sand Bar 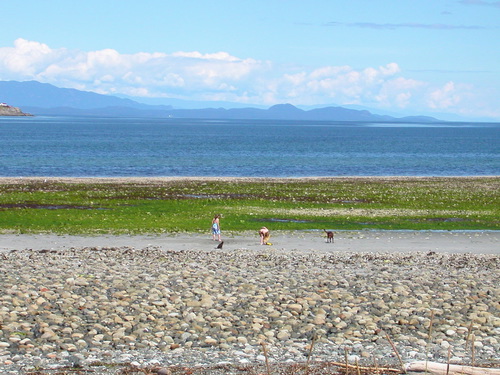