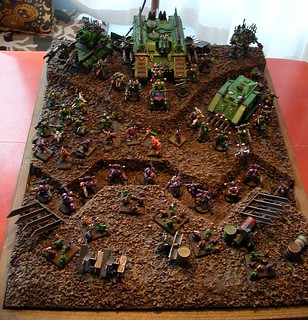 I've also spent a lot of time playing video games. From stand up arcade games to consoles but especially PC games. During my undergrad studies I lived without my own personal computer for a number of years but after I bought my G4 I started gaming again in ernest. I played too much Diablo II but my favourite series of games is Sid Meier's Civilization, including Alpha Centauri which might have been the best until Civ V received its' second expansion. I now have a Wii and an iPhone which is rapidly becoming the world's most popular gaming platform. Some of the games listed above have an iPhone version or a game made with the IP or similar game mechanics and concepts.

I haven't played video games competitively, not in the modern usage of the word, but I have travelled all over the world playing Street Fighter 2 in arcades, I attracted quite a crowd in an arcade in Beijing once, ultimately someone defeated me. You get rusty at these fast twitch games, now a days arcades in China take away the fierce kick which is the foot sweet and integral to many SF2 combos and tactics. Back in the day, I played a lot of Doom and Doom II in Deathmatch mode. I think I retired on quite the unbeaten streak with considerable braging rights for my dorm at UVIC. I concentrated on making levels (wads) which is another thing gamers used to do for free but now some earn a living for.

There are a lot of annoying immature people in online gaming forums and in blog comment threads. You should try not to get sucked into flame wars. However you can only put up with so much crap for so long. Writing about it, will probably just open you up to more ridicule as some folks like to hide behind their 'cool online gaming handle' and hurl abuse at random strangers. If you're the subject of ridicule and abuse from a group of online gamers, you have options.